This is an annual computer programming olympiad held at University College Cork (UCC). The goals of the competition are:

The competition is open to all second-level students in Ireland who are under 20 on the 1st of July.

It consists of two rounds; round one can be done at home or at school, and is used to determine entry to the final round which will be held in the Computer Science Deparment in UCC.
The National Final Round will take place in UCC on the 14th of March.


AIPO is organised in collaboration with: 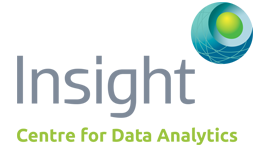